Adopting a Pet: 20 Animal Adoption Stories That Will Inspire You to Visit the Shelter

Adopting a pet saves a life. It is more humane to adopt than to buy pets from puppy mills or pet stores. This is because these facilities often prioritize breeding and profits over the health of the animals. Read a few of the stories below and see just how much adoption means to animals in the shelter.

Bear lost his eyes when he was hit by a car while roaming around a gas station with his two sisters. The driver ran off, but a bystander who witnessed the event called the animal hospital. His previous owner showed up to identify him, said she would return, and then never came back.

He sat in a cage for three days. The mother of Bear’s current owner worked at the hospital and decided to help Bear. They treated Bear for his medical problems, and then his owner and her mother brought him home. Bear is now a happy boy with over 170k followers on Instagram!

Abandoned by her previous family because of her biting and scratching issues, this cat was adopted by a loving owner who was willing to be patient with her. While it took her about two weeks to trust her new owner, she now only does the occasional gentle bite.

When Wright Way Rescue took in Bruno, they quickly found out what a cool and quirky cat he is. What makes Bruno unique is that he loves to stand on his hind legs.

TOO COOL TO BE HOMELESS!We're not sure how Bruno hasn't found his forever home yet! He's the COOLEST cat!Hi, my name…

Naturally, he went viral online and was soon adopted by his owner, Lauren. These days Bruno can be seen on his Instagram account playing with his brother, Carlos.

Gorgeous George was found abandoned by a dumpster, and he was taken to a local rescue. His mange, while non-contagious, caused many people to pass over him. His owner’s wife, however, decided they would take the puppy in. They changed his name from Sloth to the more confident Gorgeous George. They treated his mange, and now he has a lovely orange coat.

Poor Chester is still waiting 5 years being overlooked!! He is a sweet guy who loves to lay on the couch. He likes most other dogs . 631-765-1811 ext 1 or manager@nfawl.org

Chester is a pit bull mix that had been waiting for five years at The North Folk Animal Hospital to be adopted. The adoption agency put up a photo of the sweet boy wondering why nobody had adopted him. Not long after the post, Chester had a new family!

Marnie was found smelly and matted on the streets before being moved into a shelter. Despite this, she was adopted after four months. Her owner cleaned her up and had her fourteen decaying teeth removed. Marnie had a cloudy eye that healed up, and soon she started showing her adorable personality. She even became the most popular rescue dog on Instagram and got to meet several celebrities.

This pitbull was saved from a dogfighting ring. His owner was warned he may have difficulty interacting with other dogs. 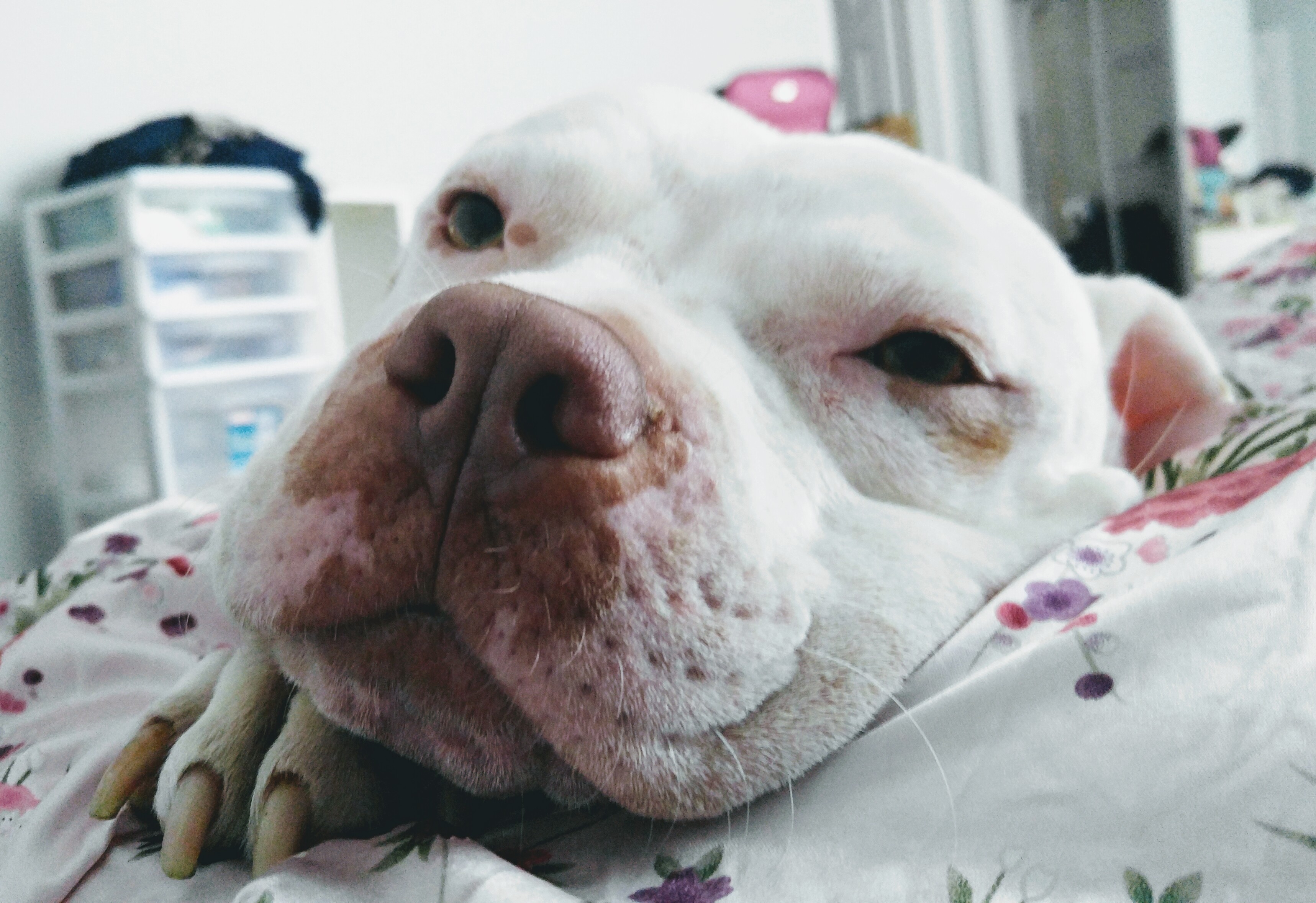 Despite this, Ferdinand managed to befriend the dog of his owner’s parents! He is a happy boy, and he loves to cuddle.

Trained by his first home to be a fighting dog, Hinsie had his ears cropped, and his back burned. His second home chained him up, leaving him malnourished. Despite what Hinsie went through, he has managed to keep a loving heart and is glad to be in his new home with his owner and cat sister.

Pearl, who was originally named Laurel, spent most of her life outdoors before being adopted. Now, she lives in a lovely home where she has a whole family to play with. The family even purchased a night light and slept next to Pearl when they discovered she was afraid of the dark.

When Spokey was in the SPCA, she looked sad and afraid. Her future owners used to visit her every day until she was available to adopt. Once she got to her new home, she quickly cheered up! 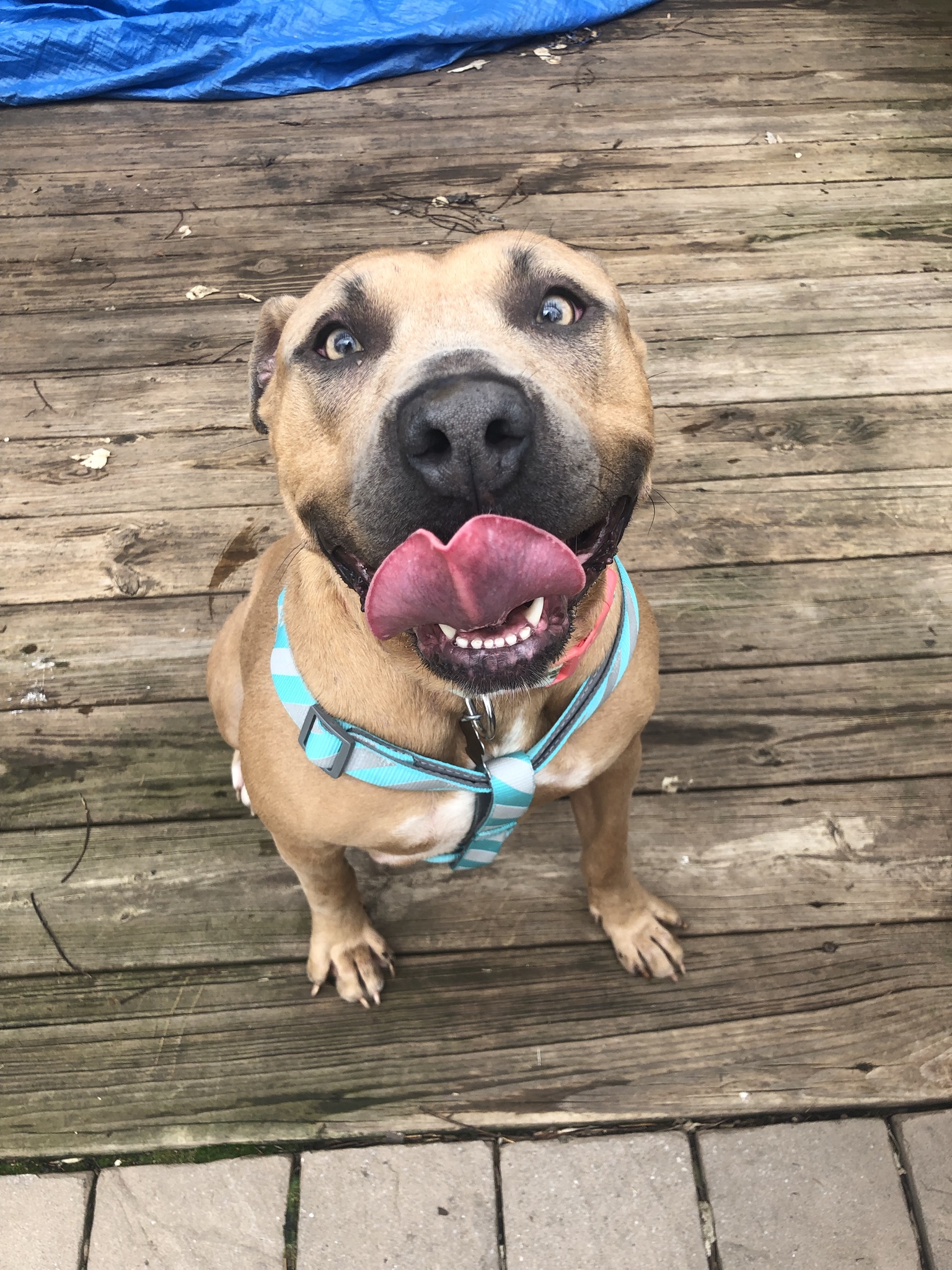 Gracie had a rough start. She had once been so skinny that her ribs were showing. Now that she’s been adopted, she is a healthy weight and likes to spend her time outside sunbathing and catching flies.

Muna is a street cat from Kuwait who was rescued and brought to the United States. She is blind in both eyes and has a busted left eye after suffering trauma on the streets. When she was brought into the rescue, she was very skinny, had an ear infection, and had an upper respiratory infection. When her owner adopted her, he took her to the vet and nursed her back to health. She is now healthy and enjoys playing and cuddling up to her owner.

Thumper is her owner’s first cat adoption. She has permanent balance issues from an ear infection, but that doesn’t keep her from throwing herself at her owner for pettings.

Tango was adopted a day before he was set to be euthanized. The family could tell he used to belong to another family, as he is excellent with children and well-mannered. He is such a sweet dog, they can’t imagine why anyone would have ever given him up.

Pixel and Glitch were dumped along with their litter. Pixel was sick and is a nervous cat. In addition, he has slightly off eyes. Glitch is more confident and outgoing. Pixel was worried about the new home, but Glitch seemed to warm up much faster.

Kingsley had been adopted by a family but was returned when he snapped at one of the children. He needed an adult only home. This is when his owners, who had been eyeing him since before his previous adoption, decided to adopt him. They had no children, so it was a perfect fit. Best of all? They adopted Kingsley on his birthday! 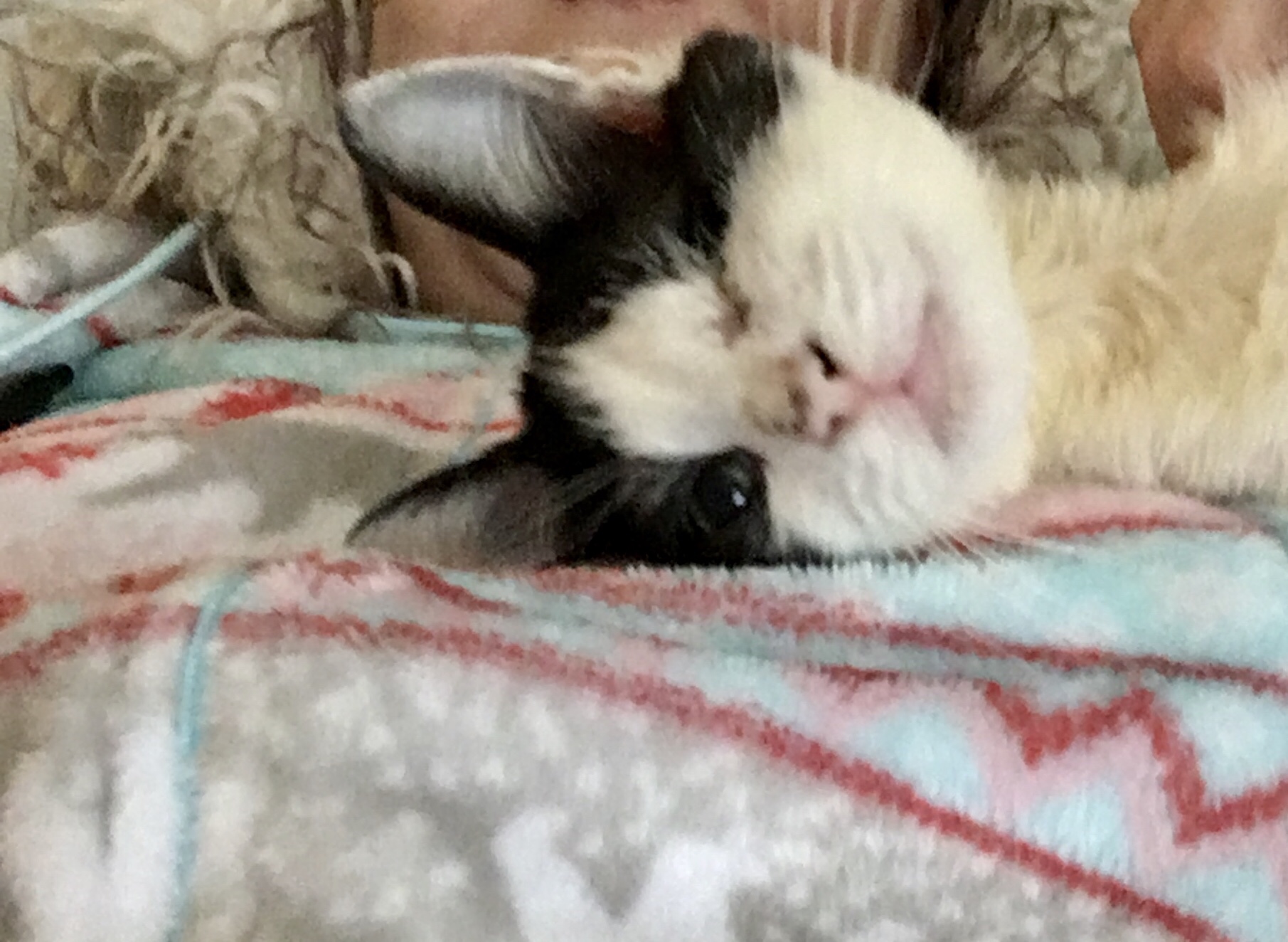 Mina had ringworm and needed to have an eye removed. The shelter was worried her owner wouldn’t want her. However, her owner didn’t mind and says that Mina rescued her, too.

Named after his lack of teeth, Toothless needed to have all his teeth removed due to an infection. He drools a lot and enjoys the wet cat food his owner gives him.

Rex had been rescued from a hoarding situation where he was kept in a small kennel stained with fecal matter. It took him six months to warm up to his new family, but he seems much happier now.

Buster was wandering the streets when he was found. He has a broken tail, spine damage, is afraid of strangers, and shows signs of abuse. Now, he is in a good home where he is safe and happy.

Adopting a pet changes their lives for the better. Seeing them go from miserable to happy makes you want to adopt a pet from the shelter, too!

These Tattoo Artists are Helping People Love Their Bodies Again

20 Animals Showing Kindness To Others

25 Cute Cat Photos to Get You Through The Week

15 Stories That Show Our Dads are Our Number 1 Fan

Subscribe to get the beautiful stories to your inbox!

How Pets Can Make Your Days Brighter